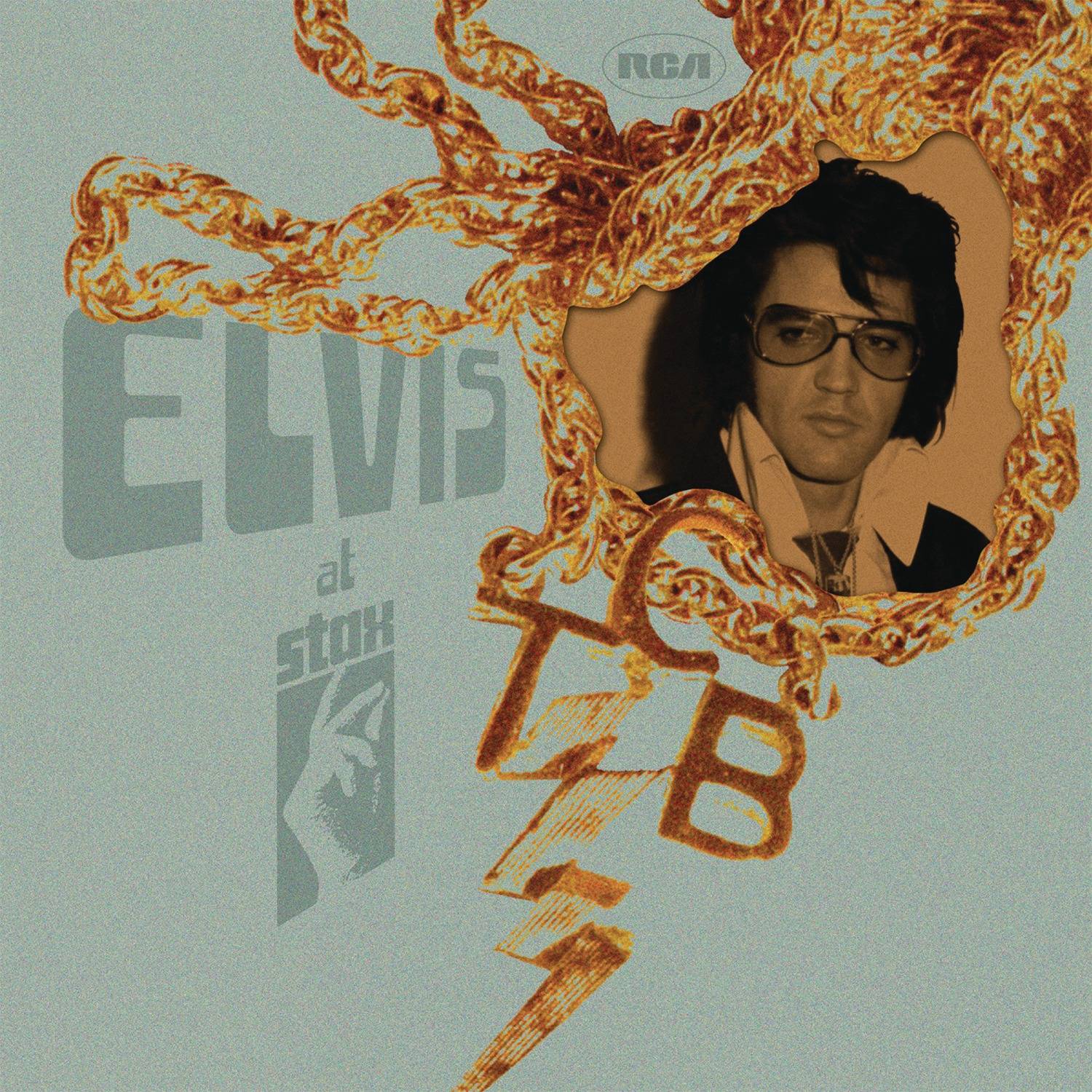 Elvis At Stax celebrates the fortieth anniversary of these legendary recordings. Following the success of Elvis: Aloha From Hawaii via Satellite, Presley returned to his hometown of Memphis and spent time at Stax Recording Studios. Elvis At Stax bristles with energy and dynamism. Included are the hits “Promised Land,” “Raised on Rock,” “I’ve Got a Thing About You Baby,” “My Boy” and much more.

The title “Elvis at Stax” is slightly misleading, suggesting Elvis Presley decided to set up shop at the famed Memphis recording studio so he could use their house band, or perhaps co-opt some of the Southern soul groove. That wasn’t the case. Elvis chose the Stax studios to conduct several recording sessions in 1973 for a simple reason: it was close to his Memphis home. He rented out the studio twice, once in July and once in December, and brought in his crack backing band, recording enough material to fill out three CDs. This music was doled out over the years, accounting for five hit singles over three years (a B-side and a posthumous single also came from these sessions), along with three albums: 1973’s Raised On Rock, 1974’s Good Times, and 1975’s Promised Land. These albums were all strong, but aren’t often considered part of Presley’s core canon, possibly because this mid-’70s run of records were often packaged like product (certainly there’s not a memorable album cover among them), possibly because, apart from “Promised Land,” there were no hit singles that could be called a true smash or part of his core canon. And that’s why Elvis at Stax is so valuable: taken as a whole, these 1973 sessions are revealed as his last great blast of creativity in the recording studio. Essentially, he was working the same ground he began to plow on his 1968 comeback, but the aftershocks of Elvis Country are apparent, along with just the slightest hint of funky, organ-driven grooves. In this context, the preponderance of alternate takes are not tedious, but rather show Elvis’ good humor and creativity as he tries out slightly different approaches on each take. What impresses is Presley’s virtuosity and how he cannily constructed his performances to seem effortless: there’s sweat fueling these tight, punchy renditions, and heart behind his ballads, and you can hear him work it all out on the alternate takes, then reach full flight on the finished masters.