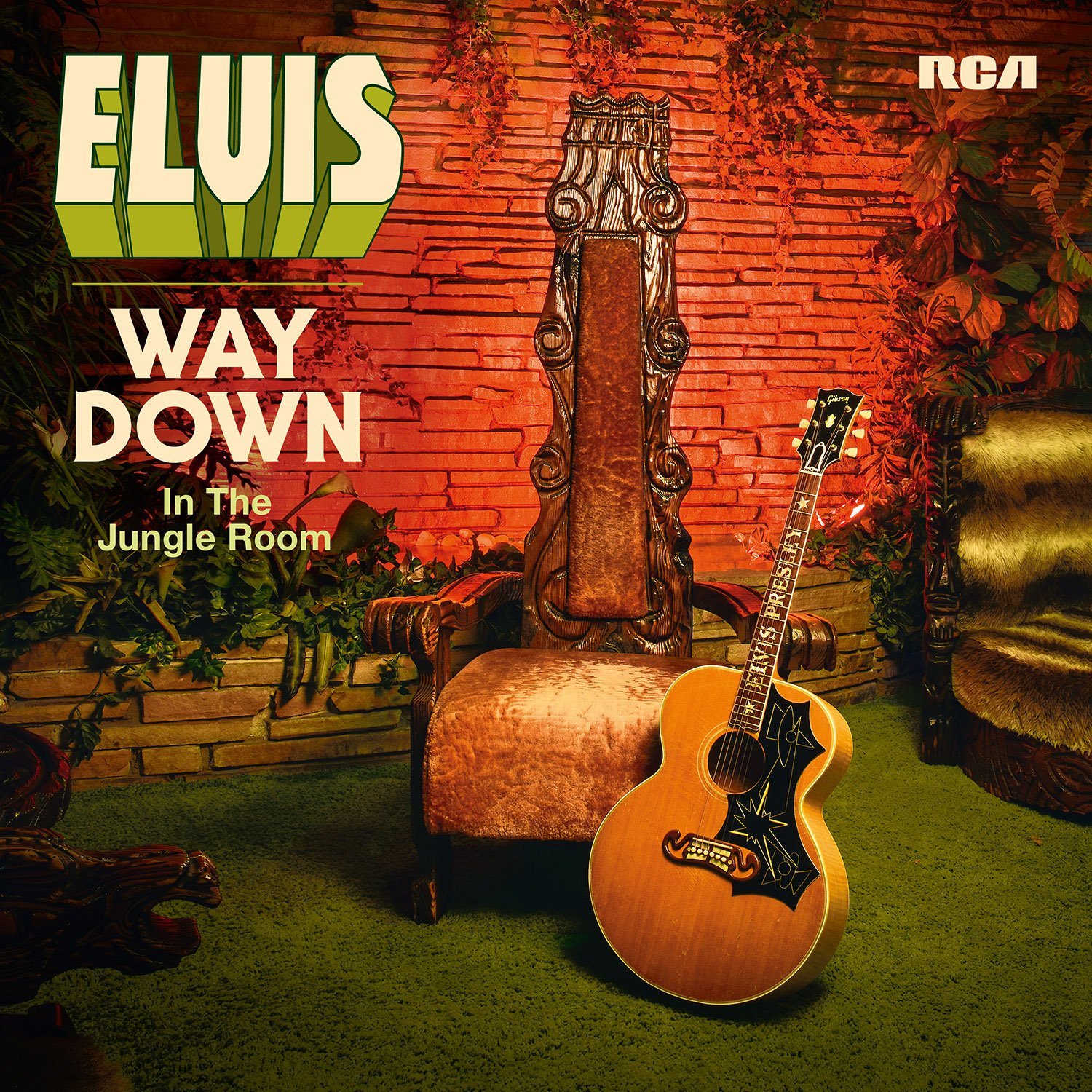 “Way Down in the Jungle Room” is a compilation album by American singer Elvis Presley. The album features master recordings and outtakes from two recording sessions on February 2–8, 1976 and October 28–30, 1976 in the Jungle Room, a recording studio set up by Elvis in the den of Graceland in Memphis, Tennessee. The first disc subtitled The Masters features material from these sessions that were later released on From Elvis Presley Boulevard, Memphis, Tennessee (1976), and the subsequent final studio album, Moody Blue (1977). The second disc, The Outtakes, features outtakes and “in-the-studio dialog” newly mixed by Matt Ross-Spang at the Sam Phillips Recording Studio.

In 1976, Elvis Presley was in an unusual position – he was still the King of Rock & Roll and could sell out arenas all across the nation, but Top 40 radio played him only as an oldies act, and his new material popped up on the Easy Listening and Adult Contemporary charts when it charted at all. Tired of working in the studio where scheduling pressures stifled his creative spirit, Presley converted his den at his mansion Graceland into a recording studio with the help of RCA’s mobile unit. Working with members of his top-notch road band, Presley recorded the sort of material he wanted to try – songs that reflected his own maturity and that of his audience – and the home-recorded sessions would become the basis for two albums, 1976’s From Elvis Presley Boulevard, Memphis, Tennessee and 1977’s Moody Blue. Way Down in the Jungle Room is an archival collection that collects the material recorded at Graceland in 1976, which would prove to be Presley’s final recording sessions. Way Down in the Jungle Room includes the material from From Elvis Presley Boulevard, Memphis, Tennessee and Moody Blue, and a second disc of outtakes and alternate versions to create the definitive document of this often overlooked period in Presley’s career.